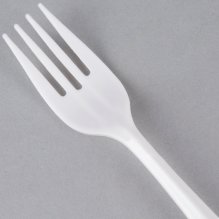 There are certain costs to being human. I would call them inalienable costs, except I’m not completely sure what inalienable means. Is it like, not an alien? No, that would be unalienable. None of us are aliens except to ourselves. Maybe it means that there are little aliens inside of us and those aliens are not free to leave us because they are inalienable. However, when these aliens ask for things, and that in fact is their purpose in life, they LOVE asking for things and dragging us down, there is a cost.

What I’m trying to say is that when you buy a Nutty Buddy because you really want ice cream, but you happen to be on an interstate in Idaho and that’s all the gas station convenience store has to sell and when you bite into it it’s so hard you chip a tooth because it’s been in that convenience store freezer since the French Revolution, and you get to the cone part and it’s so chewy it’s like gum. That’s a cost! You expected something made yesterday at a creamery in Vermont!

Think about plastic forks. You used them once and then tossed them, including that box of 500 you got at Costco, but only used 12 for Sunday’s BBQ. Who needs 488 forks? Only the Devil. No big deal, they cost $4.99 and they’re taking up space. But that’s exactly what the other nine billion people on the planet are thinking and as a human race, the plastic fork crisis is entering a new and more dangerous phase. That is a cost.

So what do you do? Do you storm and rage, blame everyone but yourself, ask for an audience with the queen, invent an algorithm that will disappear forks???

No, you admit that there’s a cost to being human. Make yourself a nice latte and think about it. I have been gifted 488 plastic forks. Time for salad.

Absolute victory in life isn’t over obstacles it’s over yourself.

Pill break. This pill has been engineered by very smart people (and yes most of them were men but things are changing, that was the times, you can’t blame them for that) to remove warts from behind your ear lobes, and frankly you’ve been looking a little like Dumbo recently, despite the fact that this one little pill could cause depression, skin rash, tumors in tabby cats, and a strange unnatural urge to call people Chuck. That, my friends, is the cost.

Perhaps this alien self-help column is the last straw. Perhaps you are reconsidering that you ever were my friend. Remember the time I told you I’d hold your place in line while you went to the bathroom and I got the last four REM tickets for myself before you came back? Listen, I’ve never doubted you and in fact put up with your political screeds when I understand it is just disappointment because you expected our leaders to lead us blindly and say, “Good leader,” instead of having some part in the whole historio-mythical-American-circus dance yourself,  do you have any idea what a profound moment this is, and no, I don’t really care that you smoked hash with my best friends on that yacht and never even invited me. So, you can’t divorce me because I divorce you, friend. Your kind of friends I don’t need. I’m the best person in the world I know and who wouldn’t want me as their friend?

See how loud those aliens can get if you let them go on and on? You see, that’s a cost.

Do you think these costs are free? No, they have a cost. Time to alienate them. Here’s where I would like to express another Buddhist principle, if you’ll allow me. If not, skip forward.

And you might as well apply that to the race as well. You see what I mean?

And just what IS your relationship with plastic forks? You could be the Gandhi of plastic forks if you so decide. Gandhi was an inspiration, what about you? Just because you are drowning in plastic forks does that mean you can’t be an inspiration, a hero for the planet? No. Use your initiative. Human ingenuity is the promise of the race. Design a trendy hair clip from a plastic fork that anyone can do at home. Bam! You’re a hero. Your inalienable rights are to face the cost of being alive and to leave the planet better than when you found it. That is the only cost that matters. You have aliens inside?  Get out your forks and alien-eat them.