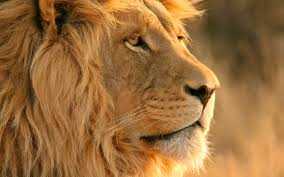 What if there was a confused but entitled prince who left his father’s castle to seek himself amongst humanity and succeeded? What if he wondered why there was so much suffering, since his castle displayed so little suffering on the surface?

And what if he thought that the human suffering he saw everywhere was a product of the greedy desires people had and that if you could just extinguish those desires you’d be okay, but then realized that even the desire to extinguish desires is a desire, that desires are a part of the human experience of life, so he chilled out on that teaching, and talked instead about the desire to be happy, ‘absolutely’ happy, which doesn’t mean you go around like a clown with a big smile painted on your face but that you understand that obstacles are the way of life and learning how to deal with them on a daily, weekly, lifelong basis makes you in fact confidently, healthfully, groundedly,  ‘absolutely’ happy?

And what if he thought that every human being has this beauty in them which when they are spiritual and in touch with themselves as part of the whole, they are happy and have lives of value and when they weren’t they didn’t, and that there were endless ways to get trapped in negative karma ‘accidents’ but as soon as people brought their true heart spiritually to the fore they were okay again and realized there are no accidents just karma catching up with us?

So, what if he crafted a set of tools, stories and metaphors that spoke to the spiritual side of humans and that they could use to bring out their own goodness, and what if one of these was a story/metaphor about how children, left to their own devices, drink poison, and how this great physician, their father, had the medicine and tools to counteract the poison, but since children and people are so often headstrong and are trapped in their own negative greed, anger, foolishness and arrogance,  they said, “Screw you dad. I’m not taking that damned medicine”?

And what if the doctor/father was so upset at this that he gave out that he was dead, I think the word he may have used was extinct, and when that happened, you know how these things go, the kids were like “Oh gee Dad, I’m so sorry you’re gone. I do kind of miss you. I probably should have taken that medicine you offered me and now that you’re gone and all that candy I ate did not make me feel so good, I’m gonna”?

And what if when they took that medicine, they started to realize what the old man was talking about all along, in fact, they started feeling good, so good that they recognized their old man’s good spirits in themselves–I don’t know, maybe the way he’d smile for no reason and hum a tune, the way he treated other people with such deep respect and appreciation–and before they knew it, they looked in the mirror and saw their father, the good doctor, staring back at them and they liked what they saw; and so they practiced the tools he’d given them and kept taking the medicine so that they could feel good and encouraged others to do the same?

And what if the medicine was his last teaching, the Lotus Sutra, that says no matter what cave people wall themselves off in, they will always be connected to other people and the interconnectivity of the universe in general, which is essentially what science and the new physics now concur on,  and what if the most important tool was facing yourself in a kind of mirror that when polished through chanting minute after minute, hour after hour, with your heart as open as you can make it, that you discover the answers to all your questions inside, not outside yourself?